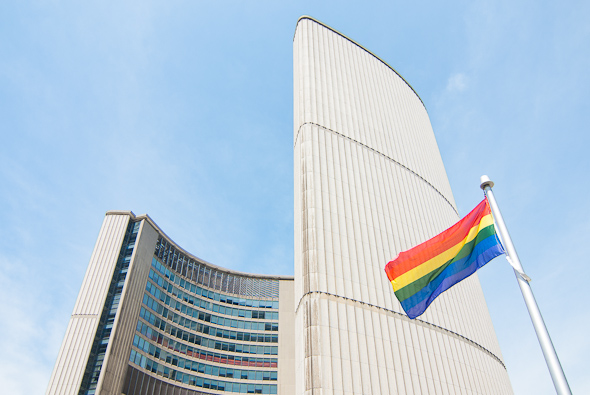 Gay Pride Toronto has overstepped itself.  It is being run by a committee of feminists who use their authority to discriminate on the basis of gender, religion, race etc.    I’ve watched the gay pride parades in major cities across Canada and Toronto’s is the worst for this.    One year they banned a group that supported Palestine, but allowed Jewish groups to join it.    Next year they will be allowing a racist activist group head the parade (Black lives Matter), and today I read on CBC, that the Sexist Feminist PM Justin Trudeau be part of it.

I’m all for equality and inclusiveness.  I really am, but when you ban legitimate groups on the basis of a political view, gender, or sexuality then it breaks Canadian law and is discrimination.

Gay Pride Toronto is rife with discriminatory practices.   Last year they banned CAFE from marching, because a few feminists within the Pride Committee deemed them a hate group without proof but based on complaints from feminists.

Equality for all.   Not for some, Gay Pride.

If you are reading this Pride Committee or City of Toronto, and disagree with me then you have lost your way.

Time to Boycott or ban it people.