What exactly does this mean?   It means absolutely nothing.   Trudeau is not the leader of the Canadian government.  Neither was Harper.   They are figure heads.  Meant to persuade you that you that they are in charge, when in reality.  They are not.

Never in our history has any prime minister made any changes.   His father, was the figure head who everyone praised like a god, but never once considered the long term harm he would do, and did.

Justin, born with a silver spoon up his butt, but with the good looks like people flock to, has no value.

Will anything change?   Not in the slightest.

Here are some of Trudeau’s campaign promises:

Mr. Trudeau has promised that half of a Liberal cabinet would be women.
(This can NOT be fulfilled unless women step up and are qualified.)

Promising unions $750 million for skilled trades funding.
(This can be fulfilled but where does that money come from?  From the taxpayers of course.  And since the government is in debt, then they would have to raise taxes.)

Add $515 million in funding for first nations education.
(While this is a noble promise, it ignores the fact that canada has no money to do this.  Raise taxes.)

Lower the federal income tax rate to 20.5 per cent on incomes between $44,700 and $89,401, paying for it by raising taxes on the wealthiest one per cent. Bring in a new, tax-free child benefit to replace the Conservative universal child benefit.

(What Justin fails to understand is the wealthy one percent couldn’t cover the cost the loss of income tax the drop would cause.   The middle class in canada is the largest class.   The top one percent, couldn’t possibly cover the loss.   The man used to be a teacher and I shudder at the thought of his math skills).

Change labour laws to ensure that employees in federally regulated industries have the right to ask their bosses for flexible work hours.
(What this means is people (women) would be able to take more time off work to be with their family.  For example: a woman who now gets a year off maternity leave, would get to take even more time off, and be able to go back to work of and off as much as they want up to 18 months of time.  Per child.  That means if a woman has 3 children during her career, she would would be able to take up to four and a half years off.  And feminists are confused about the wage gap now, but they will freak out when the numbers start showing that in Canada the gap widens because of policies like this one if implemented.  Now I know he worded it “person”, which is due to the fact, he cannot discriminate, and so it sounds like men will be able to use this time as well, however, we know from history, that only a few men will benefit.  It will be the women who will be the major beneficiaries, not men.  So really this policy is sexist against men.)

Justin Trudeau has made so many election promises and all will cost money, but the money has to come from somewhere, so here are a few predictions:

Taxes will rise to the point the middle class will shrink, and the poor will grow.
The government will become more oppressive to it’s citizens.  We can even see TSA like systems put into place.  More family units will break down due to finances.
There will be a battle of the sexes in Canada.  Men against women.  Women demanding what men have, but not wanting to work for it.
And in future elections, people will blame the non voters for not stopping Trudeau from getting into power.   Just like they did with Harper, even though many of the complainers voted him in. 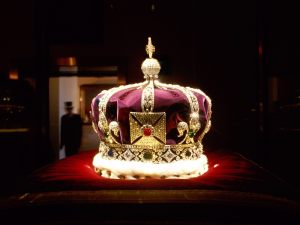 I apologize if I have covered this before but there seems to be many people out in Canada who still believe that Canada is one hundred percent independent from the UK, in particular, the Queen.     Many argue she is just a figure head with no power here.  I have heard the argument over and over.   It simply isn’t true, and I am baffled at why people think otherwise.

I have a theory that fifty percent of the population has been dumb down by drugs, media, and the chemicals in the water.   That is the only explanation of the mass upsurge in ignorance and idiocy in the general public.   I heard once that if you see a really dumb person, that half the population is dumber than that, and I am beginning to believe that theory.

However, let me get back on to the subject.   What is Canada?  Is it really independent?   The answer is no.  We are part of the commonwealth, and the Queen does have authority.  She however, shares her authority. This doesn’t mean she is a figurehead, it means she has chosen to give authority to others to act on her behalf.  That is an entirely different thing than not having any authority at all.

Let me put this into context.    The Crown Corporation (Government of Canada) was created by her ancestors, and yes it is a corporation.   It’s actually listed as a Corporation Sole for those willing to look that up.   The ruling monarch owns it.   Now, when you own a corporation and it is a corporation sole, and want to leave the day to day operations to leave you free to pursue other interests or oversee other corporations that you or your family started, you hire a CEO.   That person is given almost the same authority as the founder/owner of the company.  They can make the big decisions as the representative of the owner.   This doesn’t mean the owner doesn’t have any say.  They can at any time come in and tell that CEO what direction or even approve or disapprove of any rules the company makes for it’s people.

This is what is happening with Canada.  The queen has appointed a CEO who’s public title is Governor General.   The other reason the title is named this way is because the Queen has authority over some parts of the military and has full authority over the RCMP (Royal Canadian Mounted Police).   If the governor general chooses, they can dispatch the Mounties anywhere to uphold any laws.

If you need proof of the governor general’s role, or title, all you have to do is read the Governor General Act (Canada) found here:   http://laws-lois.justice.gc.ca/eng/acts/G-9/page-1.html

Under line 2 of the act it states:

2. The Governor General of Canada or other chief executive officer or administrator carrying on the Government of Canada on behalf and in the name of the Sovereign, by whatever title designated, is a corporation sole.

This means the office as well as the title is also a corporation sole, but it names him/her as the CEO of the government.

Anyone who has run a business, studied business, knows the basics and knows that a corporation sole is owned by one person.   That person in this case is always the queen.   They have that authority.

Now something that some have said to me is she has zero authority to sign any laws into effect.   Again  this is not true. It seems, like she doesn’t, because in or commoner ways, we don’t see her do this, and with many stupid people out there, if they don’t see the evidence with their own eyes then it isn’t true.

Here is the evidence:  Constitution Act of 1982

41. An amendment to the Constitution of Canada in relation to the following matters may be made by proclamation issued by the Governor General under the Great Seal of Canada only where authorized by resolutions of the Senate and House of Commons and of the legislative assembly of each province:

This means the queen has to be part of the approval process to the Constitution act.  She can veto it, if she doesn’t want it.

There are other previous versions, during my research I found many that have been changed, since the foundation of the Dominion.    They have removed some chartered rights, such as the right not to have arbitrary search and seizure.  The current charter is a pale comparison to what was there before.

All these have been approved by the Queen or her representative.   When an act is created from scratch, it must go through several steps in order for it to be approved into existence.   The final approval comes from the Governor General.  He acting as the Queen’s agent signs that the new act into law.    He also approves any changes to existing acts.

So to summerize, the Queen is the head of Canada.  Canada being the Government, or rather to be more precise, the Crown Corporation of Canada.   A corporation sole.    She has the authority over some of the military, the RCMP.   The government sends her tithe money, and holds the lands in trust, managing them for her.

This is something many people have forgotten.    Please share and don’t forget.